February 03, 2023
Home Health What Is the Difference Between Cytomel and Synthroid? 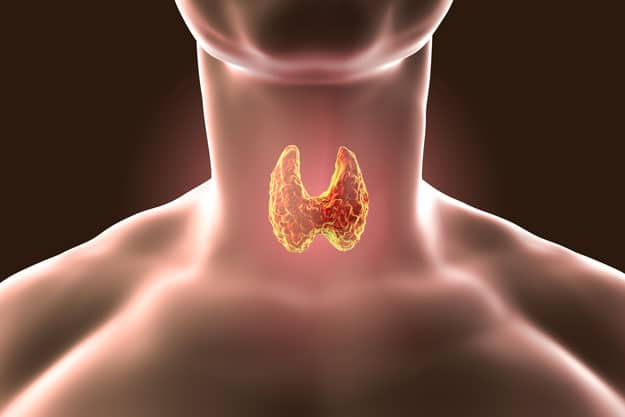 The body’s thyroid gland naturally produces triiodothyronine (T3) and thyroxine (T4). T3 is typically found in higher levels within the body because; despite T4 being produced in greater quantities within the thyroid, the body ultimately converts it into T3 elsewhere. In some cases, the body struggles to naturally produce these thyroid hormones or fails to do so at a healthy level. This is known as hypothyroidism. In these cases, a synthetic alternative to the hormone will be prescribed.

Hypothyroidism affects many people and causes a range of symptoms that can negatively impact daily life. The thyroid, an endocrine gland, must be active in producing hormones to maintain bodily health. The ailment may cause tiredness, constipation, depression, increased physical sensitivity, and weight gain. Women, also, are susceptible to changes with their menstrual cycle. Irregular or heavy periods may be a result of hormone variation within the body.

While it is not possible to prevent hypothyroidism, certain patients will be more likely to develop the ailment. Those who are afflicted with Turner syndrome or certain autoimmune diseases have a higher tendency of developing hormone deficiency. It is also more likely to occur in those over the age of 60 and those with a family history of hormone complications.

One major difficulty with hypothyroidism is identifying it. The symptoms, due to their vagueness and tendency to develop relatively slowly, can often go unnoticed. If you are concerned that you may be suffering from hypothyroidism then seek out advice from your local GP. If left unchecked, a hormone imbalance may lead to further complications. While any combination of symptoms may be present, a blood test is the only way to correctly identify hypothyroidism. When an alternative source of hormone is required, one of two variations will most likely be recommended.

Synthroid, or levothyroxine, is a synthetic alternative to T4. It is prescribed in cases of hypothyroidism to provide more, or in some cases entirely replace the body’s thyroid hormone. Cytomel, or liothyronine, is a synthetic alternative to T3. It is a strong medication and should be used carefully. T3 is also prescribed less often than T4 since, logically, it would seem that T4, through the body’s natural conversion process would ultimately create both hormones. However, in some cases, the body fails to activate the conversion. In these cases, no matter how much T4 is administered the body would still be without the T3 hormone.

If you are struggling with hypothyroidism and are unable to find a prescription for T3, it may be worth searching online instead. In recent years, for some countries, the price of T3 has increased and many doctors are more inclined to prescribe T4 instead. In some cases, a T3 prescription may even be replaced with T4 despite it not offering the same benefits. In response to this, many pharmacists, those who operate online, are seeing increased demand for Cytomel since they are able to circumvent the impositions the medicine faces within certain countries.